What would it mean to “restore” Earth’s environment?  Scientists are warning us that climate change, deforestation, mass extinctions and a host of other environmental problems are driving the biosphere to a tipping point. How do we pull back from the brink?  How do we go even further and restore ecosystems so they are thriving and resilient?

One new approach to ecosystem restoration that’s getting some attention these days is called rewilding.

Rewilding: The Radical New Science of Ecological Recovery by two British ecologists, Paul Jepson and Cain Blythe, takes a look at the origins, theory, approaches and challenges of rewilding. It’s an eye-opening book that got me excited about new thinking and new approaches to healing the environment. 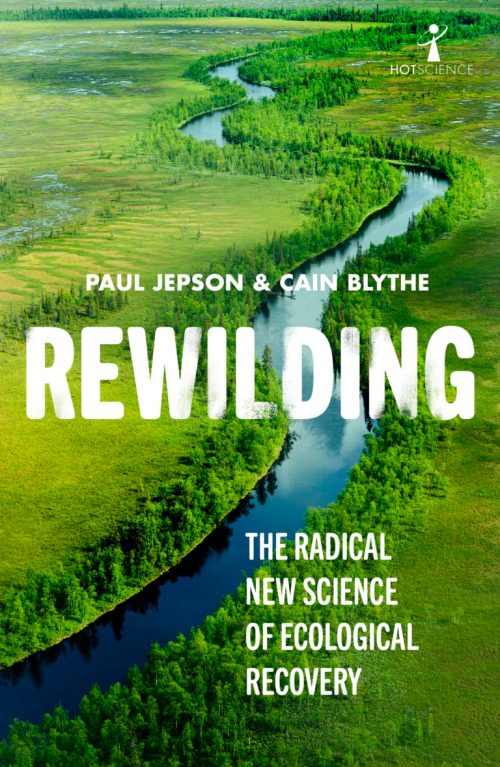 According to Jepson and Blythe, there isn’t a single definition of rewilding yet. It’s a new and evolving field. However there seems to be agreement that its main goal is restoring ecosystem function and resilience. Rewilding focuses on restoring natural processes and capabilities so that ecosystems become self-sustaining and self-regulating again. Rewilding differs from traditional conservation in that successful rewilding results in ecosystems that need no human intervention, support or management.

The result of rewilding is “self-willed” nature.

There are several different approaches to rewilding explored in the book. I think it’s useful to describe them briefly to get an appreciation for how broadly some people are thinking about this and why it’s generated some controversy too.

Passive rewilding:  The simplest form of rewilding involves humans releasing control of the land and its features in a given area. Dam removal is probably the best-known example, at least here in the Pacific Northwest. Another example would be removal of fences when marginal farmland land is abandoned, allowing wild animals to move freely.

Trophic rewilding: Here the idea is to restore ecosystem function over a large geographic area under the “management” of apex predators. The reintroduction of wolves into Yellowstone Park in the US is the most famous example. Trophic rewilding is also known as the “cores, corridors and carnivores” approach.

Pleistocene rewilding: Now here’s where it gets a little, um, wild. Let’s restore ecosystem function by reintroducing prehistoric megafauna like mammoths, aurochs, and saber-toothed cats that went extinct in the late Pleistocene epoch, or the closest functional equivalents to these species that we can find, breed, or engineer. 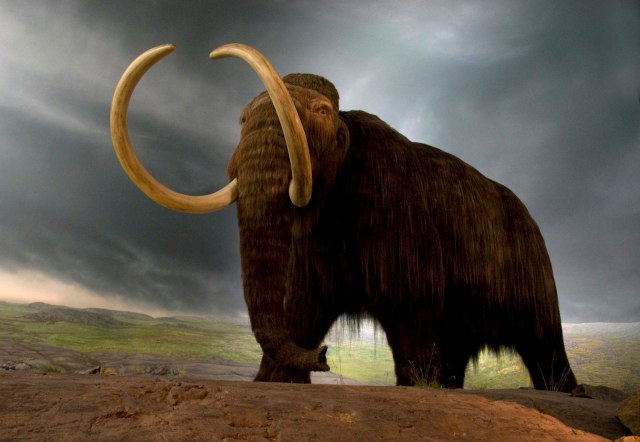 These differing approaches all take a holistic view of ecology – looking at nature as a web of interlocking flows and cycles. As the book makes clear, rewilders are not trying to preserve individual endangered species, or protect specific local landscapes, important though that work may be. They’re trying to get entire ecosystems up and running on their own again.

The main motivation for rewilding is to restore biodiversity. Jepson and Blythe are not the only authors to advocate rewilding for this reason.

David Attenborough says the loss of biodiversity is humanity’s greatest mistake. In his book A Life on Our Planet (book, review), he calls for rewilding the Earth, lands and oceans, to restore biodiversity and stabilize the biosphere.

Biodiversity loss is one of nine planetary boundaries – a set of limits on human activity that define a safe and sustainable operating space for humanity – identified by Johann Rockström and Mattius Klum in their book Big World Small Planet (book, review).

Restoring biodiversity is one of the most important things we can do to enable us to live more sustainably on Earth.

And of course, exposure to natural spaces has well-documented benefits for humans too including physical activity, stress reduction and positive emotions.

I was already familiar with the critical role played by carnivores, especially apex predators, in maintaining a healthy ecosystem. But I was really fascinated to learn about the importance of large herbivores too, like wild cattle, horses, deer, and elephants. Rewilding describes how grazing and trampling by these megafauna has profound effects on the landscapes they inhabit. When they’re present in healthy numbers, they probably restrict the growth of forests and enable grasslands to flourish.

When I learned about biology as a kid in school, we were taught that forests represented the final stage, or “climax” of plant development in an ecosystem. But according to research cited in the book, it’s much more likely that a patchwork of woodlands and grazing pasture was the norm before humans emerged from Africa and spread around the world. We hold forests in high regard today, for good reasons, but maybe the extensive temperate forests that covered much of Europe and North and South America grew so large because humans killed off most of the megafauna, removing the “governance” of forests provided by these animals.

The absence of wolves from Yellowstone led to over=grazing of the vegetation by deer and elk. The absence of mega herbivores from temperate and Arctic zones may have resulted in under-grazing and excess forest growth.

Rewilding is only 170 pages, but I learned a huge amount from this book. I even read some of the scientific papers listed in the Further Reading section.

Jepson and Blythe do a nice job presenting the thinking and the research underlying the idea of rewilding. They dive into details about several rewilding projects around the world, illustrating various approaches.  They also describe some challenges and resistance to rewilding. Rewilding projects need to consider social, political and economic factors too, they say. This means inviting participation from community members, leaders and other stakeholders in planning and implementation.

One consistent message I got from the book was the need to move beyond traditional conservation towards a more holistic approach, restoring the capabilities and processes of whole ecosystems. And that means we need to understand the subtleties and the complexities of the interlocking systems and flows that make up an ecosystem.

This leads to my main concern about the book and about the whole idea of rewilding – hubris. We need to move quickly and urgently towards ecosystem restoration, yet we also need to be humble. Too many times in the past humans have made changes to the environment without fully considering the potential side-effects.  For example, reforestation seems like a no-brainer, at least it did before I read Rewilding. But perhaps we should focus just as much on soil restoration and encouraging a mixture of wooded and grassland areas to thrive, and maybe even recognize that in some places, like the Arctic, we might need to reduce forest cover rather than enlarge it.

So I like the fact that many rewilding projects are still at the experimental stage.  We should do more of these in more places all over the world.  We should learn and measure and evaluate and proceed carefully, but still proceed.

In his wonderful book Origin Story (book, review), Prof. David Christian notes that humans are now managing the entire biosphere whether we like it or not, and “we can do it well or badly.”

Let’s do it well.

Thanks to Liz at Librofulltime for an earlier review of Rewilding which pushed this book to the top of my reading list.