On Monday, June 15, 2020, the United States Supreme Court ruled in a 6-3 decision that the Civil Rights Act of 1964 protects homosexual and transgender individuals from job discrimination.

This decision has been hailed as a major victory for LGBTQ rights. It is. But it should have been 9-0.

So much has happened in the past week it seems like the announcement was a lifetime ago. Still it’s an important case so I want to take a deeper look. If you’d like to follow along, you can find the Court’s full written opinion at this link. Never read a Supreme Court decision before?  No worries, they really aren’t that hard to follow. A few years ago I wrote a little guide to reading them which you can find here.

The Court actually decided three cases together: Gerald Bostock v. Clayton County, Georgia, Altitude Express, Inc. v. The Estate of Donald Zarda, and Harris Funeral Homes, Inc. v. Equal Employment Opportunity Commission. They’re known collectively by the first case or just Bostock for short. In each of the three cases someone was fired either for being homosexual or for being transgender.

So you can look at this case as an argument between Gorsuch and Alito.  The entire thing boils down to how they interpret a single word: “sex.” 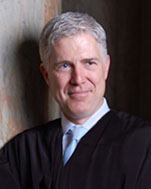 A lot of people, myself included, were surprised that Gorsuch – a conservative and a Trump appointee – not only sided with the liberals on the Court but actually wrote the decision.

Gorsuch starts by stating the question before the Court.

“Today, we must decide whether an employer can fire someone simply for being homosexual or transgender.”  [Opinion of the Court, p. 2]

In legal terms the question is whether the firings violated the Civil Rights Act of 1964, in particular,

“Title VII’s command that it is ‘unlawful . . . for an employer to fail or refuse to hire or to discharge any individual, or otherwise to discriminate against any individual with respect to his compensation, terms, conditions, or privileges of employment, because of such individual’s race, color, religion, sex, or national origin.’” [Opinion of the Court, p. 4]

Everyone involved in this case agrees that sex is the only relevant characteristic here.

Gorsuch reasons that the firings do violate the Civil Right Act.  He says it is impossible to discriminate against homosexual or transgender individuals without simultaneously discriminating against them on the basis of sex. Imagine, for example, that an employer has two employees, both of whom are attracted to men.  One of those employees is female and the other is male.  Suppose they are functionally equal in all other respects from the employer’s perspective.  If the employer fires the man simply because he is homosexual, then the employer discriminates against him for behavior or traits that it tolerates in the female employee.

Justice Samuel Alito is having none of it. In a dissenting opinion running over 100 pages, he rebuts every element of Gorsuch’s reasoning. In a nutshell (can you fit 100 pages into a nutshell?), Alito’s argument is this: Title VII lists race, color, religion, sex and national origin as prohibited grounds for discrimination.  Sexual orientation and gender identity are not on the list therefore they are not prohibited.  Period.

To be fair, Alito is not saying that employers should be able to fire homosexual or transgender employees just because they are homosexual or transgender. He’s saying it’s not illegal to fire them because sexual orientation and gender identity are not explicitly listed in Title VII. And the Court cannot just “add” homosexuality and gender identity to the Title VII list by stretching the definition of “sex.” Adding to the list is Congress’s job, not the Court’s.

That’s why Alito says, in the very first sentence of his dissent,

“There is only one word for what the Court has done today: legislation.” [Alito dissent, p. 1]

The Ghost of Antonin Scalia

Textualism says that interpretation should be based on the ordinary meaning of the legal text at the time it was written, ignoring intent or legislative history or any other factors not in the text itself.  Textualism and its close cousin originalism are the dominant theories on the Court today, especially among conservative judges. A competing theory of constitutional interpretation, known as the “living constitution,” holds that the interpretation of the Constitution should evolve to reflect current context.

That’s why Alito says that back in 1964 no one would have thought that “sex” includes sexual orientation or gender identity.

“… in 1964, it was as clear as clear could be that this meant discrimination because of the genetic and anatomical characteristics that men and women have at the time of birth.”  [Alito dissent, p. 4]

Therefore, the only way the Court can claim that discrimination on the basis of sexual orientation or gender identity are unlawful is if such discrimination

“… inherently constitutes discrimination because of sex. The Court attempts to prove that point, and it argues, not merely that the terms of Title VII can be interpreted that way but that they cannot reasonably be interpreted any other way. According to the Court, the text is unambiguous.” [Alito dissent, p. 6]

Yes, that is exactly the argument Gorsuch is making.

Alito accuses Gorsuch of betraying textualism and its most passionate advocate, the late Justice Antonin Scalia, whose seat Gorsuch now occupies.  In fact, it’s not a stretch to say that Scalia haunts this decision and perhaps the Court as a whole.  Alito says,

“The Court attempts to pass off its decision as the inevitable product of the textualist school of statutory interpretation championed by our late colleague Justice Scalia, but no one should be fooled. The Court’s opinion is like a pirate ship. It sails under a textualist flag, but what it actually represents is a theory of statutory interpretation that Justice Scalia excoriated …” [Alito dissent, p. 3]

A pirate ship! Arrrrrgh! Gorsuch counters that the Civil Rights Act has already been interpreted broadly by the courts to protect characteristics not explicitly listed in Title VII, such as motherhood or sexual harassment of men. And even if Congress might not have imagined in 1964 that the Civil Rights Act would protect homosexual and transgender people, Gorsuch says that interpretation follows directly from the text of the Act.

“When the express terms of a statute give us one answer and extratextual considerations suggest another, it’s no contest.”  [Opinion of the Court, p. 2]

So here we have two textualists duking it out over who is the true believer, who is the true heir to Antonin Scalia, In the process, they demonstrate the fallacy of textualism.  If two judges following the same textualist approach can come to diametrically opposing conclusions, then clearly interpreting the law involves more than just text.  Inevitably it involves the backgrounds, experiences, values, biases and personalities of the judges themselves. In other words, you can’t keep the judges out of the judging.

Meanwhile, people’s rights, their livelihoods and even their lives depend on the outcome of this empty academic debate. In the year 2020.

I’m happy with the outcome, but the whole spectacle is really quite disgusting.

By the way, it’s interesting to note that Alito’s dissent – that courts shouldn’t be legislating — is very similar to the dissent that Chief Justice John Roberts wrote in Obergefell v. Hodges, the same sex marriage case. Then in the minority, Roberts argued that the Court was stretching the definition of “marriage” to include same sex marriage in a way that only Congress could rightfully do under the Constitution. Yet just six years later, here is Roberts siding with the majority in a decision extending employment protection via a broader interpretation of the word “sex.”

Could it be that the Chief Justice is becoming more liberal? I doubt it, but the Chief’s concern for the legitimacy of the Court is well known. Perhaps he understood that a decision permitting continued LGBTQ discrimination would be so out of step with public sentiment that it could jeopardize the Court’s reputation. Maybe for Roberts legitimacy is even more important than textualism.

One dark cloud on the horizon is the interaction between this decision and religious freedom.

Gorsuch explicitly leaves that question for another day. He writes:

“That statute [RFRA] prohibits the federal government from substantially burdening a person’s exercise of religion unless it demonstrates that doing so both furthers a compelling governmental interest and represents the least restrictive means of furthering that interest. Because RFRA operates as a kind of super statute, displacing the normal operation of other federal laws, it might supersede Title VII’s commands in appropriate cases.

But how these doctrines protecting religious liberty interact with Title VII are questions for future cases too.”  [Gorsuch opinion p. 32, references removed]

That sounds ominous. It practically invites religious organizations, and probably companies like Hobby Lobby whose controlling shareholders claim to be devout Christians, to argue in court that hiring or employing LGBTQ people is somehow a “substantial burden” on their exercise of religion.

And since Samuel Alito wrote the majority opinion in the Hobby Lobby case, you can expect him to be very sympathetic to that argument.

But if that’s cause for concern, I think there’s also cause for optimism. It seems very possible that this Bostock decision will become a model for striking down other discriminatory policies like the Trump Administration’s ban on transgender individuals serving in the military, or its recent announcement rolling back protections for transgender people in health care.

Still all that lies in the future. Today, it’s worth celebrating the Court’s decision that employment discrimination against LGBTQ people is against the law.

Neil Gorsuch is usually a reliable conservative on the Supreme Court. I don’t know enough about his background or his previous writing to understand why he decided in favor of protecting LGBTQ rights in this case. It certainly was a surprise.

But we shouldn’t have to rely on surprises like this for sensible progressive victories at the Court.

The next President will most likely get to appoint the successors of Ruth Bader Ginsburg and Stephen Breyer, two elderly liberal justices.  If Trump and Mitch McConnell are re-elected, the US could have a 7-2 conservative majority on the Court.  I shudder to think what that will do to the laws of this country over the next 20 to 30 years.

We don’t vote for Supreme Court justices, but we do vote for the President who appoints them and the Senators who confirm them.

Do you want to preserve abortion rights?  Think we should have universal health care?  Want reasonable gun control laws?  An end to qualified immunity for police officers?  Do you want to preserve and extend minority rights?  How about a decent and compassionate immigration and refugee system?  Should there be limits on the power of the Executive Branch? None of this will happen with a 7-2 Court.

If you care about any of these things, get out and vote this November!

To learn more about this decision, I recommend heading over to the excellent Strict Scrutiny podcast and listening to the episode called The Turd in the Punchbowl and the follow up epiode 2020 Bingo Card which goes into much more depth on the legal strategy behind this case.