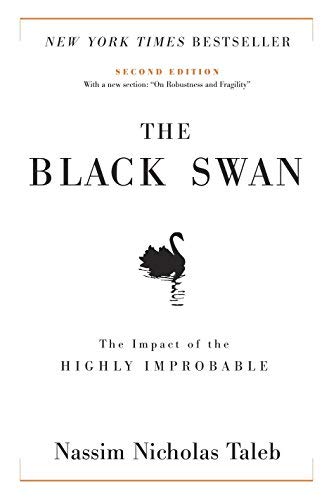 Taleb’s central thesis is that Black Swans occur far more frequently than we realize, and that humans make chronically repetitive errors when dealing with random phenomena.

Anyone who has read his previous book, Fooled by Randomness, will be familiar with many of Taleb’s ideas, and with his biting sarcasm.

Taleb starts off by examining in detail many of the common mistakes that people, including experts who ought to know better, make when dealing with randomness.

Confirmation Bias: Our tendency to interpret new data as confirming existing theories and beliefs. Or to put it another way, we interpret no evidence of phenomenon X as evidence that phenomenon X does not exist. Taleb illustrates this bias with the example of a turkey that believes it will be fed every day by well-meaning human beings because it is fed every day. Each successive day confirms that belief, until:

“On the afternoon of the Wednesday before Thanksgiving, something unexpected will happen to the turkey. It will incur a revision of belief.”

The problem of the confirmation bias is that all confirming evidence can be invalidated, or “falsified” as Karl Popper would say, by a single piece of counter-evidence, a Black Swan, often to disastrous effects.

Narrative Fallacy: Humans attempt to impose patterns or stories onto random events in order to better understand them and make them more plausible. “Bad news comes in threes,” is my favorite example. Worse yet, we impose causality on sequences of events. Now, pattern making is an extremely useful skill. It helps us simplify our world and lifts the burden of remembering many individual details with a single rule or pattern. However patterns simplify the messy, random world, and leave out important details like Black Swans.

Survivorship Bias: The tendency to evaluate probabilities from the perspective of the winners, rather than the perspective of all those who started. Taleb cites a tale told by Cicero about worshippers who prayed and apparently survived a shipwreck. This might lead some to believe that prayer protects one from drowning. However, the testimony of the much larger population of people who prayed and still drowned at sea is not available. Taleb refers to this as silent evidence, or evidence of the graveyard.

Ludic Fallacy: The false belief that our endeavors can be modeled as games of chance, where the odds of each outcome are known in advance or can be computed. In most fields, and in most life situations, the odds are not known, even the outcomes are not known. These “unknown unknowns”, Black Swans in other words, can overwhelm the known risks which we can plan for and hedge against.

Epistemic Arrogance: Our tendency to be wildly overconfident of our ability to predict accurately. Taleb points out three common forecasting problems:

Now these fallacies and biases would not be so harmful if we only knew what country we lived in. In Taleb’s world, there are only two countries; Mediocristan and Extremistan. Mediocristan is a country characterized by the bell curve, or Gaussian distribution. In this country random events cannot overwhelm the overall distribution. No one observation for example, can so dramatically affect the overall total as to substantially move the mean. Individual events tend, in fact, to reinforce the mean.

Earnings in Mediocristan professions, such as dentistry or consulting, are not scalable. They depend upon the continuous efforts of the practitioner. Thus income is strictly bounded because there are only a finite number of working hours in a day and a finite number of patients/customers who can be served in a day. These professions are subject only to mild randomness. While income may vary, no one day’s earnings will be more significant than any other day’s earnings, and will by no means be more significant than the earnings over an entire career. And because the same limitations apply to all practitioners, there will not be great variance in income among them. 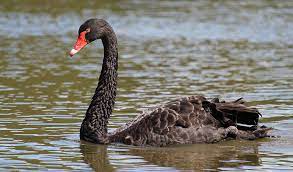 In Extremistan, on the other hand, single observations can totally swamp an entire distribution. J.K. Rowling, author of the Harry Potter novels, has become the richest woman in England. Her income dwarfs that of virtually every other author on the planet. Her earnings are not just an outlier at one extreme of the bell curve, they dominates the entire distribution. This is because writing, like all Extremistan occupations is scalable; Rowling doesn’t have to rewrite the Harry Potter books for every customer. She writes them once and then reaps the benefits from each new reader.

Extremistan is characterized by wild randomness. It is described by the Zipf curve or power law distribution rather than the bell curve. Extremistan is the home of the Black Swan. The problem is we often think we’re living in Mediocristan when we’re actually in Extremistan.

So, in the face of human inability to deal with randomness and lurking Black Swans, what does Taleb advise us to do? Well actually, he has some fairly straightforward and upbeat advice.

Ending on an uncharacteristically cheerful note, Taleb reminds us that the probability of each of us being born is so small that we are each and every one of us Black Swans.

This entry was posted in Books. Bookmark the permalink.