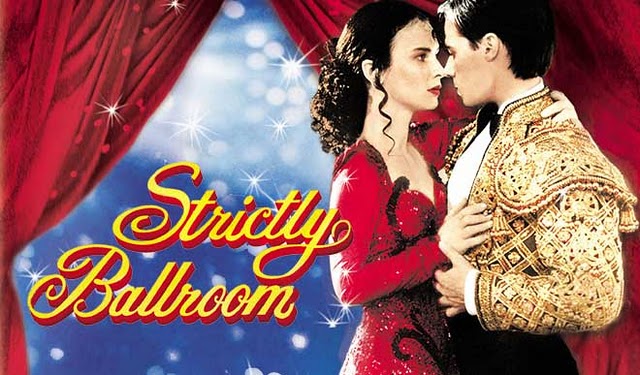 I first saw it at the Toronto International Film Festival where it won the People’s Choice Award.  A few months later, when it was released in theaters, I organized a big group of friends to go see it.  I bought the DVD.  Now it’s on Netflix.

Strictly Ballroom is an off-beat romantic comedy about competitive ballroom dancing.  Scott Hastings (played by Paul Mercurio) is dumped by his long-time dance partner for doing his own choreography – it’s not “strictly ballroom.”  He has to train a new, inexperienced partner in time for the big competition.

But that’s all surface stuff.  The movie is really about self-expression, challenging the establishment, and breaking free of repression.

It’s about not living our lives in fear.

The costumes are amazing.  The music and dancing are terrific. It’ll put a big happy smile on your face.